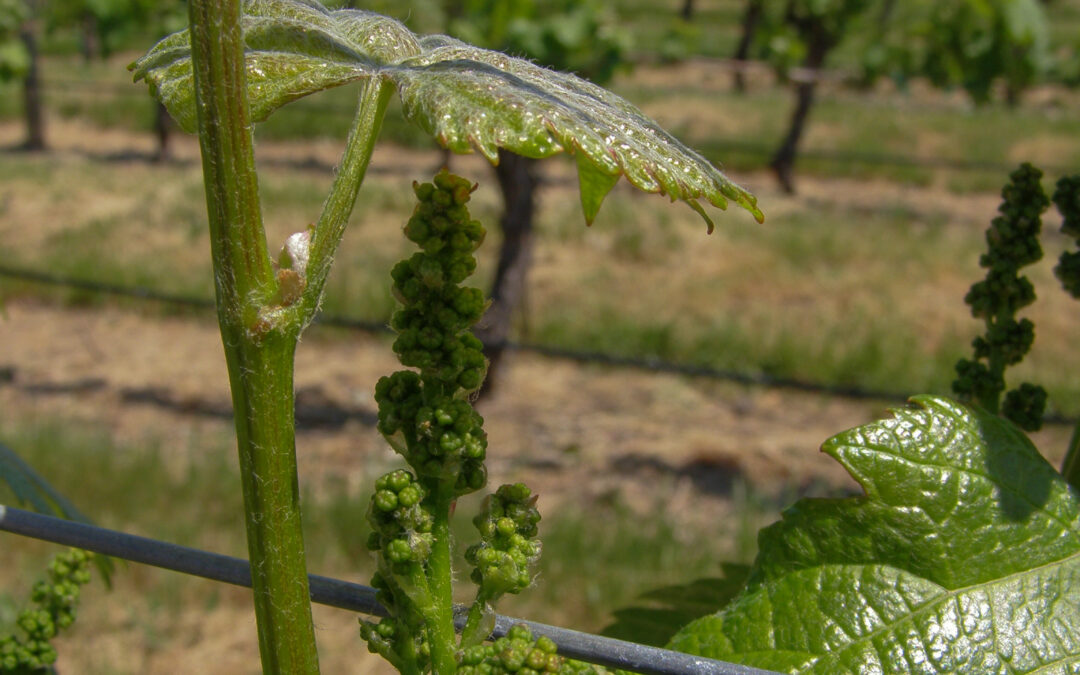 The Wine Tramp sends congratulations to Abacela for it designation as 2013 Oregon Winery of the Year!  This is a really big deal and well deserved by any winery who gets this honor.

Abacela was named by the Wine Press Northwest, a publication that profiles and rates wineries throughout the northwest states of Washington, Oregon, Idaho and British Columbia.

Wine Tramp visited Abacela recently.  I had the pleasure of laughing my way through an interview with Quinton Clark and Seth Berglund, the dashing duo of the tasting room.  Here is what I learned.

The judging for “Winery of the Year” is by invitation only to wineries who have won a Gold or Platinum Medal in a previous competition.   In 2013 there were 550 invited entrants representing twenty-seven different appellations.  Makes ya drool, doesn’t it?

The three previous award-winning wines submitted by Abacela were:

These wines all won Platinum Medals by the Wine Press Northwest judges.  Top of the line.

Abacela is the first Umpqua Valley winery to receive the Oregon Winery of the Year Award.   Called a “rising superstar Oregon winery” by Wine Enthusiast Magazine, who gave them a 91 rating in 2000 for their Malbec and an 87 in 2003 for the Grenache, Abacela is an excellent Ambassador for the Umpqua Valley. 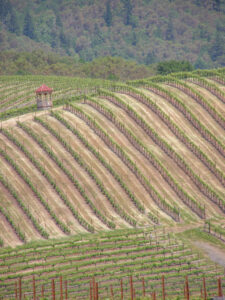 Abacela is the brainchild and hard work of Earl and Hilda Jones, who both loved Spanish wines, particularly Tempranillo, but found very little of it growing in the U.S.A.  In the early 1990’s the Jones’ began looking for land in Southern Oregon along Mediterranean latitudes, where they could plant the grape varietals they most enjoyed.

So, lucky for all wine drinkers, they found, in 1992, a seventy-six-acre parcel outside Roseburg that suited their needs.

Twenty-six of those acres are now in Tempranillo, with certain microclimates used for a special Vintners Blend; others are best for Entry level, Estate or Reserve designations.  The best of all is the Gran Reserve Paramour wine.  Quinton and Seth can explain it better than I can.  It’s complicated, but worth the work this winery puts into it.

Besides the signature Tempranillo, Abacela produces Viognier, Albarino, Grenache, Muscat, Merlot, Malbec, Syrah, Port and a Blanco Dulce and a non-alcoholic Verjus (this is like a vinegary salad dressing, not a good choice for the designated driver).  All these wines have won prestigious awards.  Lots of gleaming medals polished here.

Naturally, where there are great wines, there is a great winemaker.  Abacela’s winemaker is the brilliant Andrew Wenzl.  Wenzl did not go the way of most winemakers, getting a degree at Fresno or Davis.  Wenzl is a graduate of Eastern Oregon University and cut his wine making teeth at King Estate and Silvan Ridge.  For the past ten years, he has called Abacela home.

Abacela wines can be found coast to coast.  Chicago, Boston and San Francisco are the big markets outside Oregon.

Abacela is certified Salmon-safe and a current member of LIVE (Low Impact Viticulture and Enology).  These are two different organizations with high standards. It takes a huge commitment on the part of the winery to obtain and maintain the certifications.  It requires long term viticultural and enological practices of wine growing and wine production.  Not every winery takes on this responsibility, but the long-term results are good for the environment.  Another pat on the back to Abacela.

The Umpqua Valley is Oregon’s newest designated appellation and what I consider an out-of-the-way and underserved destination, even though travelers zooming up and down I-5 pass right through it.  It a gorgeous valley; spectacular rivers (the Umpqua) and creeks (the Lookingglass) tumble and burble throughout it.

The Umpqua is a lot hillier than it looks from I-5.  Abacela has a particularly interesting parcel.  A vibrant patchwork of grape rows planted to maximize sun exposure, heat and elevation for each varietal; every little parcel has its own distinctive name: Cox’s Rock, Cobblestone Hill and Chaotic Ridge.  Again, ask Quinton or Seth for the particulars.

Abacela has a fun feel.  The tasting room is light and bright with expansive views from every window.  There is a huge tasting bar, but quiet cozy couches, as well.   The wine club caters to those wanting both whites and reds or the reds only crowd.

Get off the beaten path and enjoy a tasting at Abacela.  And thanks to Earl, Hilda, Andrew, Quinton, Seth and workers for all you do.

Wine is the most healthful and most hygienic of beverages.
~ Louis Pasteur

I think that is true here!

Abacela is located at 12500 Lookingglass Rd, Roseburg, OR.

Please note: Abacela is a great place with beautiful facilities, views and fabulous wines, but as hunky and fun as Quinton and Seth are, don’t try to pass a fake I.D. to them.  It just won’t happen.  Remember, drink responsibly, here, there or anywhere!