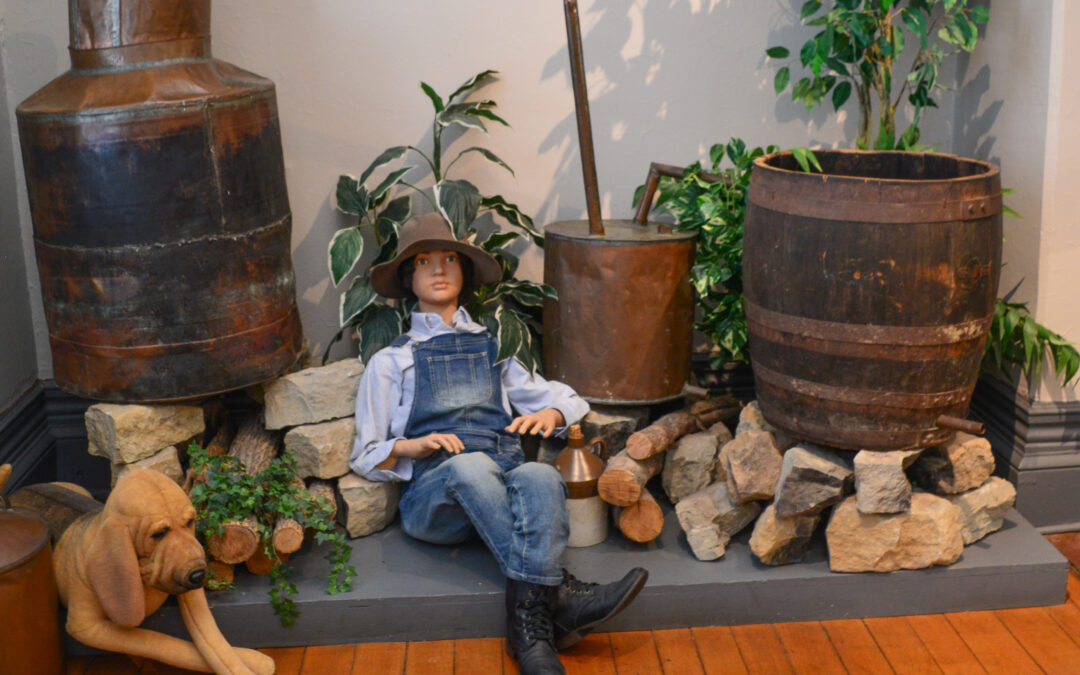 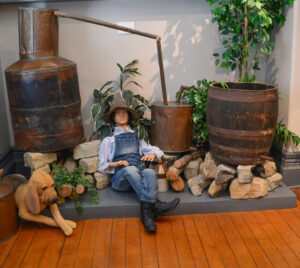 The Oscar Getz Museum of Whiskey History proves Oscar Getz was a go-getter and a risk taker! Born in 1897 in Chicago, Getz had a big showy personality, ideal for his career as a whiskey broker when the business was going through shaky times. Prohibition slammed the country in 1920 and whiskey brokers took the brunt. 1920 was the year Getz married; he needed meaningful work but there was none found, legally, in his profession.

Spirits fascinated Getz. They became his passion. With the country down-and-out in terms of spirit production, Getz collected. Artifacts of all things spirit-related existed everywhere. He evaluated items, bought, and stored them. 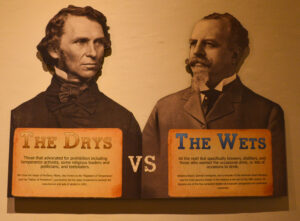 The country divided over Prohibition. Bigger cities leaned into the situation and learned to bend rules by going under the radar with ‘speakeasys’ and homemade hooch. Smaller communities collapsed, as stores and local taverns shuttered from little support. Stills sprang up in backyards, woods, hollers, and numerous abandoned buildings. Production was high, but so were undercover federal agents. Sneaking around under cover of dark became the norm for both sides of the law.

As Prohibition merged into the Depression, desperate citizens forced the times and situations to work for them. Some distilled at a furious pace, others sold anything and everything.  Getz hunted for the latter type.  They sold, he bought and stored.

By 1933, a new President, Franklin Delano Roosevelt, swept into office and Prohibition, favored by incumbent Herbert Hoover, was repealed. It seemed the perfect time to begin a legitimate whiskey business; Gets and brother-in-law Lester Abelson dived in. The Tom Moore Distillery in Bardstown, Kentucky was available, and the men grabbed it. 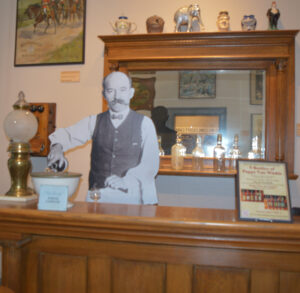 Within a few years, the distillery overflowed with production, employed over one-hundred people, and promoted Getz as President. Eventually renamed Bartons, the distillery quickly became a giant whiskey wholesaler, particularly in the Midwest. Getz flourished as an industry historian and lecturer. Loving every minute part of the distilling process, Getz earned his world-renowned reputation. In both 1942 and 1957, Oscar Getz was named the liquor industry’s “Man of the Year’. His book “Whiskey: An American pictorial history” became a best seller. The collection expanded, overflowing his home. His wife insisted it go.

Getz turned Bartons offices into a museum of sorts, shifting his artifacts from home to work. As Bartons absorbed other distilleries throughout Kentucky, more interest was shown in his collection. It swelled, inundating the office space, eventually forcing Getz to locate a permanent home.

Spaulding Hall, behind the Basilica of St. Joseph, now houses this expansive collection. The creaky floors and stately historical building are the perfect place for Getz’s treasures. Sadly, Oscar passed away a year before the museum opened. A wall plaque detailing his life and his bust greet visitors on entry.

So, what is included in this enormous collection? The Oscar Getz Museum of Whiskey History contains a fifty-plus-years collection of artifacts related to distillation, from pre-Colonial times to post-Prohibition. On display are authentic stills, endless bottles, and jugs (some medicinal containers, from those few lucky distilleries that could legally keep producing during Prohibition), advertisements, artwork, wall murals and so much more. 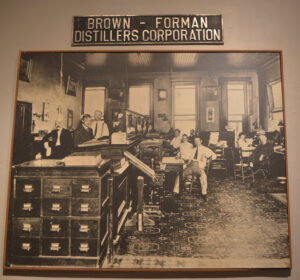 George Washington’s ancient pot still is displayed. During his term as first President, Washington became a bona fide distiller, cooking up some good stuff at Mt. Vernon in his spare time. His income from distilling, while President, was estimated to be $125,000 a year. Post-Presidency, Washington produced 9,000 gallons annually, making him a big player in the spirits industry.

Two other people dominating at the museum are the ever-fascinating Al Capone and the never-liked Carrie Nation. Their life-sized posters sit at opposite ends of the hallway, glaring each other down to this day.

Capone rose to enormous power and fame during Prohibition with his continual racketeering, crime, and wealth. With his hand in everything illegal, it is estimated Capone earned $60 million each year whiskey was prohibited. The St. Valentine’s Day Massacre is blamed on Capone.

Carrie Nation led the Woman’s Christian Temperance Union, a group fanatical with prohibition and shutting down saloons. Ms. Nation was an ax-wielding zealot that entered and destroyed pubs and businesses as often as possible. She survived numerous attacks and endured many jail stints. 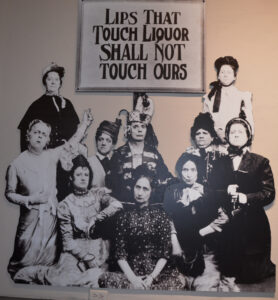 The Oscar Getz Museum of Whiskey History is in the bourbon capitol of the world, Bardstown, Kentucky. It belongs here, fascinating and resonating with all visitors. Truly, it is one of a kind. Thank you, Oscar Getz!