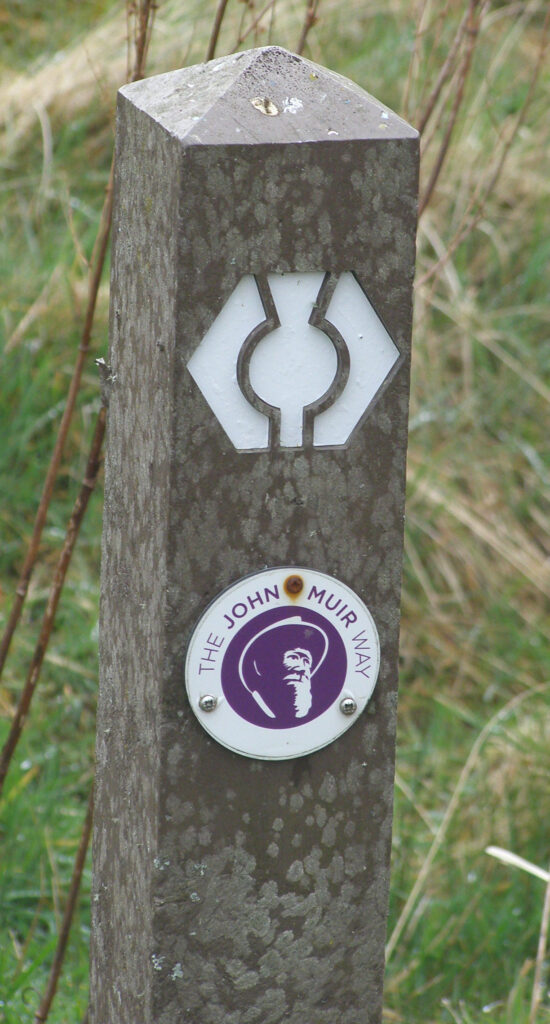 The West Highland Way is Scotland’s best known long-distance trail. For ninety-six miles this trail meanders through varied terrain from Milngavie, just north of Glasgow, to the lovely town of Fort William, sitting on the shores of Loch Linnhe, one of the country’s largest sea lochs.

I only knew Scotland from books and movies; I had never travelled there until April 2022 when I attempted to hike the West Highland Way.

This “varied terrain” includes more than a day of hiking along peaceful Loch Lomond, the deep hills and vales throughout Glencoe, and the intimidating Devil’s Staircase which takes the hiker to the trail’s highest point. Famed Ben Nevis, the UK’s tallest peak, sits just outside Fort William. Around 100,000 people tackle the West Highland Way yearly. Most are successful. I was not. Let me tell you the story.

Scotland deserves all the praise it receives. It is land of huge spaces, reviving air, respectful people, turquoise lochs, and a national solidity of both past and future that is heartwarming.

The first day of the hike was April 12, 2002. It was overcast in Milngavie and became progressively so throughout the day. But a lovely springtime temperature, upper 50’s; perfect for a twelve-mile hike.

Once out of Milngavie, although still on level land, beautiful hills came into view, the higher one’s tops shrouded in mist. There was a definite feeling to what I was walking into, a bit of an eeriness to the trail, nothing downright scary, but an edge, a wariness, a foreboding. Those hills were bigger than me, remember that they seemed to imply!

Walking solo has always been a way to find solace and peace. Achieving my goals, mental pats on the back to myself. But today, walking towards those misty knolls, I was glad for the company of strangers. First there was a young man from England backpacking the trail in honor of a beloved cousin who had unexpectedly passed away a few weeks before. We walked more than an hour together, talking and encouraging each other. When we parted, I never saw him again, but I sincerely hope he did well and completed his tribute for his cousin.

Then I walked with a charming German woman, who was taking a break from her demanding job as the head of a child services company. I was instantly aware and envious of her no-nonsense German style. Tiny, compact daypack that fit her perfectly, pared down to her exact needs. I had taken only what I thought I would need, but had too much food, maps and more. I suspected that when I packed it and felt it on the trail now. She was a younger, faster hiker than me and after a short time, left me behind.

The hills were getting closer.

Around a corner was a surprise! A shaggy fold of rugged Highland cattle, scattered across the trail, some with newborns.

The Highland Cattle is one of Scotland’s great symbols. Generally reddish-brown, this is one of the oldest and toughest breeds of cattle in the world. Bred for harsh climates of wind and cold, these are double-coated creatures. They have a soft downy undercoat and a wavy, messy looking outer coat that grows very long. The face is completely covered in hair, with no eyes visible. Perhaps a long-distance relative to the Long Horn, these Highland ones carry impressive racks.

Literature had said hikers might see some from a distance; here I was walking among a good-sized fold with non-visible eyes boring into me. Fantastic! That alone was worth the cost of the trip. They posed for a few pictures, but I didn’t dare risk their patience too long: not with newborns!

The temperature was slowly falling, and the air become moister. The Glengoyne Distillery came into view, and although many other hikers were stopping for a tour or refreshment, I passed it by, preferring hot soup at the Beech Tree Inn instead. The daily special was delicious, and I got a chance to apply some moleskin to some sore spots.

Drymen, my home for the night, was two hours away. These were tough hours, as the trail was pretty much all on roads by then; narrow roads with vehicles coming fast both directions. Soon, the clouds broke, and rain gear had to be put on, while dodging cars.

Drymen is a lovely village. Clean and friendly, full of tourist accommodations and lovely neighborhoods.

I got to my B and B, the Braeside, only to find it locked at 2p.m. The sign hanging on the door said, “Open at 4.” A tired-looking couple from Yorkshire was patiently waiting on a bench outside the door. We were all chilled, tired, and ready to stretch out, but not, apparently, until 4.

They decided to head to a coffee shop; I knew I wanted something stronger and chose the Clachan Inn across the street.

The Clachan Inn is the place to go! Billed as Scotland’s oldest licensed pub, it has been serving customers since 1734. The bar is the smallest room but the busiest at 2pm on a rainy day. The bar is very well stocked, so despite being in Scotland, I had a few delicious gin and tonics before ordering and devouring one of their pizza specials.

The Yorkshire couple joined me for their drinks and dinner, and even better, a five-month-old Pitbull mix puppy from the next table took a liking to me and jumped in my lap for some extensive petting and a nap.

Eventually, we made it back across the street to the Braeside which offered adorable accommodation and a perfect mattress. My feet were hurting bad that evening, not used to those long distances. The feeling of foreboding was strong.

The trail today was relatively level but out of twelve miles, close to half of that was on roads; concrete and hiking boots are not made for each other. My sturdy running shoes had gone in my suitcase with the baggage transfer company, so there was no opportunity to alternate shoes. Also, nowhere on this day’s walk were hikers away from the sound of traffic.

Lovely country, though, I am not complaining. Just tired.