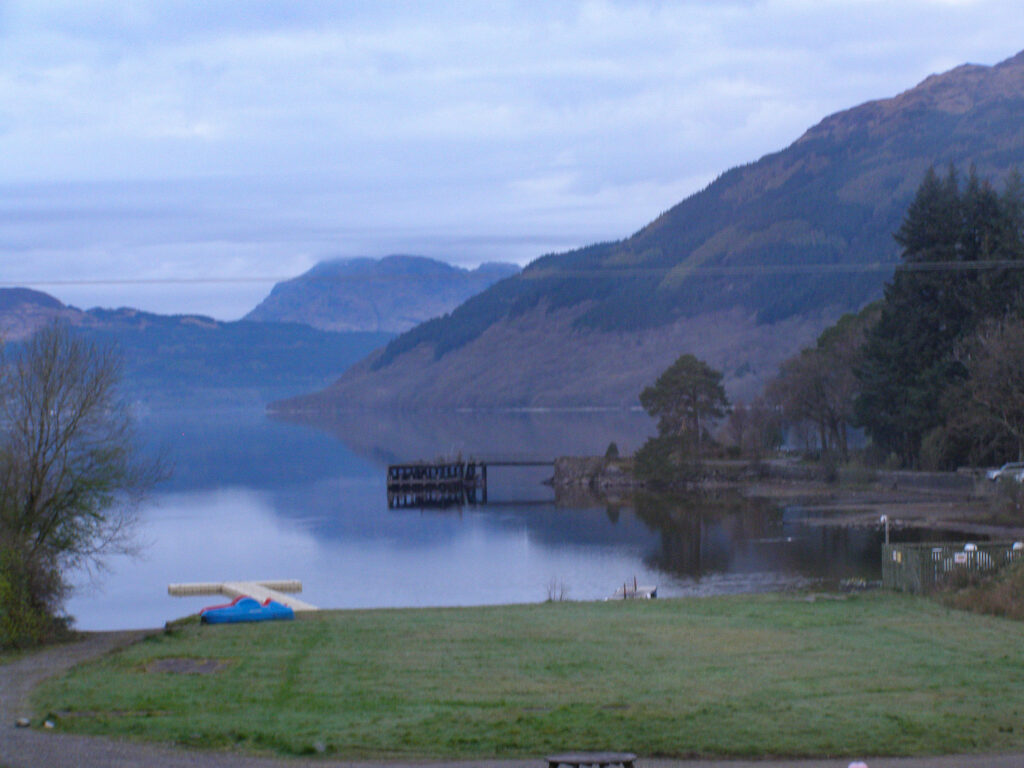 View of Loch Lomond from the hotel room

The taxi was scheduled for 11 a.m., so my breakfast was late, after the rush of the other hikers starting their day. I was jealous of them; mad and sad my journey was halted for an unknown period.

Due to the misery of the night before, I had failed to notice the beauty that lay right outside my window. My room clung to Loch Lomond, the spectacular view was filled with the loch, glorious high hills, and waterfalls. I saw all that for the first time.

I also saw painful swollen feet and ankles. Flexing my feet, the few degrees they would go, produced the same ominous crackling sound. There could not have been any hiking for me today as I could barely hobble across the room. The tiny maid, who was generously tipped, carried my bags down the stairs.

A cheery cab driver greeted and guided me to the car. Off we started on a two-hour ride to my next lodging.

This cab driver was fantastic; I so lucked out. As we drove two hours around Loch Lomond, he regaled me with stories of his “real” job. A wildlife photographer/videographer with the BBC, he films bird migrations across Loch Lomond. His direct supervisor/boss is famed broadcaster and naturalist Sir David Attenborough.

Because he only photographs on Loch Lomond, he knew every road, cove, bay, and story of the Loch. His depth of knowledge of Lomond and Scotland was endless. 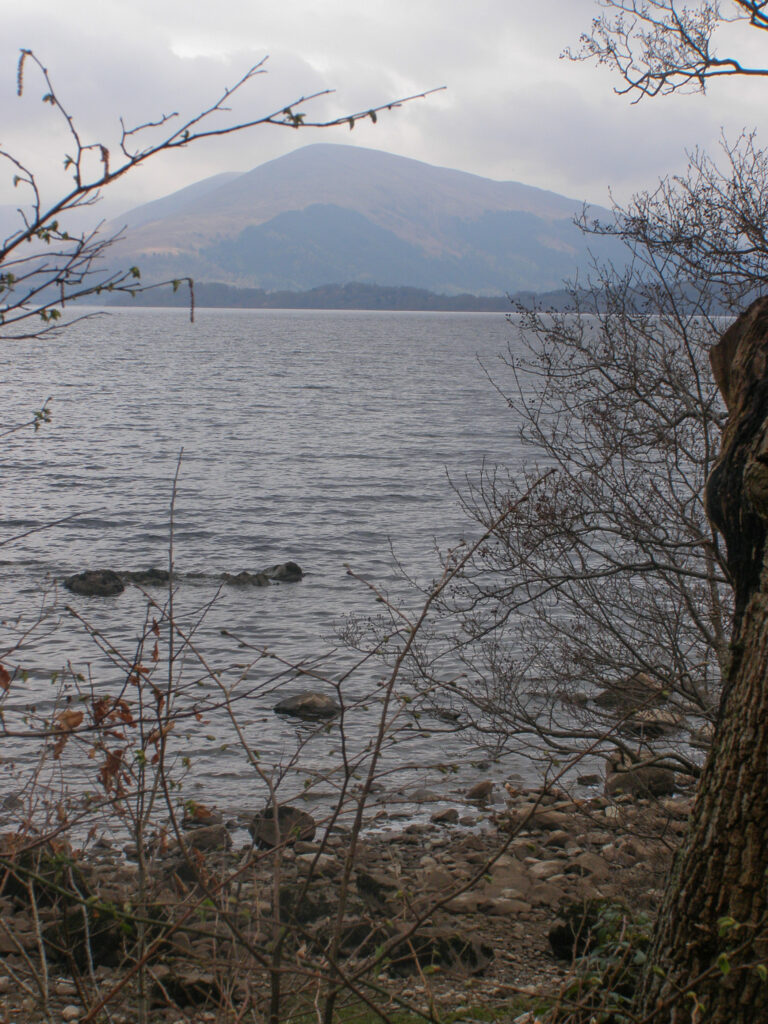 Due to road work and numerous stops for one-way traffic, I had time to view his pictures on his tablet. There was such incredible detail in every shot. I truly regretted not being able to hike but would not have missed this taxi ride for anything!

The Drover’s Inn was my drop-off spot. This place understands hospitality, as they received their first Best Pub award in 1705. They have been serving customers food, drinks, and lodging since that year. It is never not busy, morning, noon, or night.

Interesting place, the Drover’s Inn. It cheerfully bills itself as “Scotland’s dirtiest place” and I do believe it deserves that title. Here is a showplace for taxidermy, as every wall and any available floor space has some long-dead creature staring at you. None of them have been dusted in anyone’s memory.

Add to that the number of ancient kilts, blankets, shawls, and curtains which they proudly announce have not been washed in four-hundred years and you begin to itch from the dust.

Plus, the ghosts. The Drover’s is one of Britain’s most haunted places. As I arrived before my room was ready, I ate lunch and read their website, which is filled with testimonials of spooky and unexplained hauntings. Fortunately, my room was in the new annex across the road, not in the turbulent ones upstairs.

This pub is very dog friendly. At least six or eight were in the dining room with their humans. The loveliest was a Scottish Terrier/West Highland mix; every other hair was black or white. Very regal looking. I had to pet him, so I hoisted my wooden legs up, lumbered to him, lathered him with praise and pats, which he gracefully accepted, and then he curled under a chair to glare at me the rest of lunch.

I napped an hour or so in my ghost-free room, then about 4pm made my way back to the Inn for happy hour. The hikers began filing in, weary and sore. Cathy, the lovely Yorkshire lady, was found sitting on the stairs head in her hands, completely drained.

Eventually, a large group of us sat with pints and whisky’s and stories of the day’s hike began. For everyone, it was miserable; for the slower or solo person, it was sheer hell.

Theirs was a day of true wilderness with no roads, and limited signposts. The constant need was to determine which goat track was the real trail. Everyone had to backtrack multiple times and the GPS became spotty and unreliable. Conversations quickly centered on ‘the rock’. All agreed it was terrifying. A massive granite stone with no handholds, grips, or rope that had to be inched along while both bum and backpack were suspended over a sheer drop. And no alternative around it. Maybe a pulled Achilles was preferable.