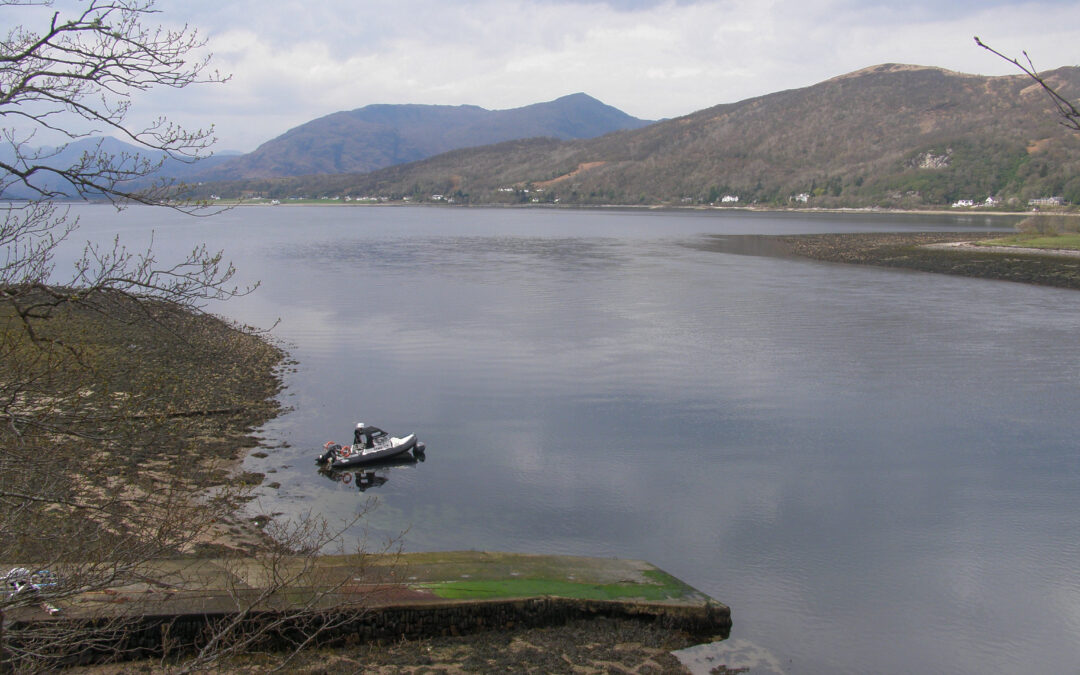 Thrilled to have flexible feet this morning! The boots fit, and my heels moved; let’s walk!

I rushed to repack, lightening my day pack, as it seemed like the time to re-join the trail. My plan was to have the cab driver drop me at Bridge of Orchy and walk from there to the Glencoe Ski area where a shuttle bus would take me on to the Ballachulish Hotel.

Of course, that did not happen. The baggage transfer van was in the parking lot, and I hustled to get my suitcase to them. Only to learn my transfers had been cancelled without my knowledge. For an additional charge, that could be reversed. Presumably, the shuttle bus from the ski area was cancelled, as well. The van driver was apologetic, as he loaded other hikers’ luggage.

My cab arrived. Another extraordinary, talented, and genuinely understanding human being. This driver was sympathetic of my situation and took me off the main roads when he could, along minor, more scenic ways. He was a native to the Glencoe region, a woodworker, specializing in furniture, garden art and more. He knew the backroads.

Glencoe was the region I most wanted to experience and the primary reason I continued after my injury. The beauty of the area is legendary.

The valleys grew wider and deeper and were simply stunning. A solitary farmhouse could be occasionally seen, nestled in a dell, but sheep clearly out populated humans. By scores. It was a privilege to learn its secrets and legends from this native.

We stopped at the ski resort, and got out to enjoy the views, which stretched for miles. Gusts of frigid wind off the still-snowy peaks made the visit a short one. 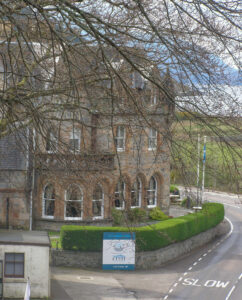 The Ballachulish Hotel was a minor castle! Ancient, turreted gray stone overlooking Loch Linnhe, it was a delightful surprise by its look and isolation.

As expected, the room was not ready, as my arrival was so early, but enormous lounges were filled with books, games, and self-serve tea. All very cozy and glamorous but I needed something to do. 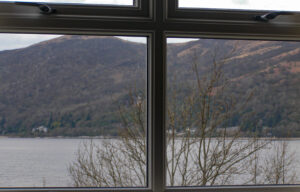 The restaurant manager took pity on me and offered to drive me to the village of Ballachulish, where he had a project to do for his sister. They were later going to swim in the chilly loch. I took him up on the ride.

Ballachulish was not much of a village. There was just one store; it combined as a restaurant and gift shop. The gifts were standard touristy kitsch. The restaurant as well. But I had a nice lunch of soup and bread.

The beauty of the day was the walk back to the hotel. It was a thirty-to-forty-minute walk along the loch. It was warm. Daffodils and spring flowers were in bloom. A timeworn cemetery with a squeaky gate was right by the path. I spent time there walking among graves. A few were half-a-century old, but most were ancient burials. Despite the rushing traffic, this was a quiet, dignified place, overlooking a serene Linnhe. 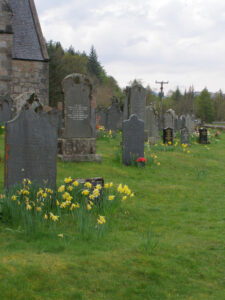 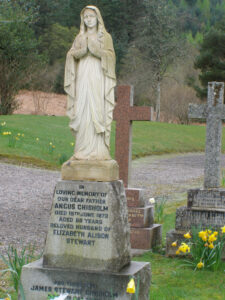 Dinner that night was memorable. The restaurant manager promised me the freshest fish ever and he delivered. I had muscles taken out of the loch just minutes before they were in the kitchen. Paired with a local white fish, steamed spinach and an English white wine, dinner was wonderful.

It was an early evening. The day had started negatively for me, but it definitely did not end that way.