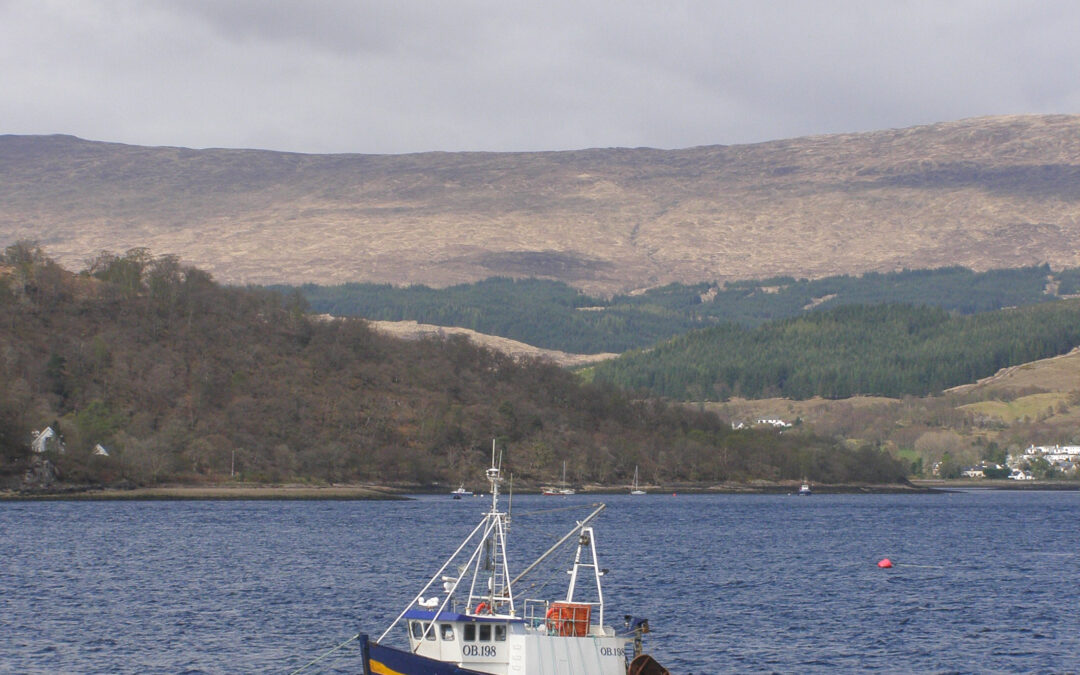 The Ballachulish Hotel was so comfortable and scenic. The staff there so lovely and gracious. It was hard to say goodbye.

Another personable cabbie took me an hour’s drive to the town of Kinlochleven, along Loch Leven. This man was a former school bus driver with endless interesting stories of children and school events. He recalled tricky bus driving situations, especially on slick winter roads, as we wound up and down narrow roads. 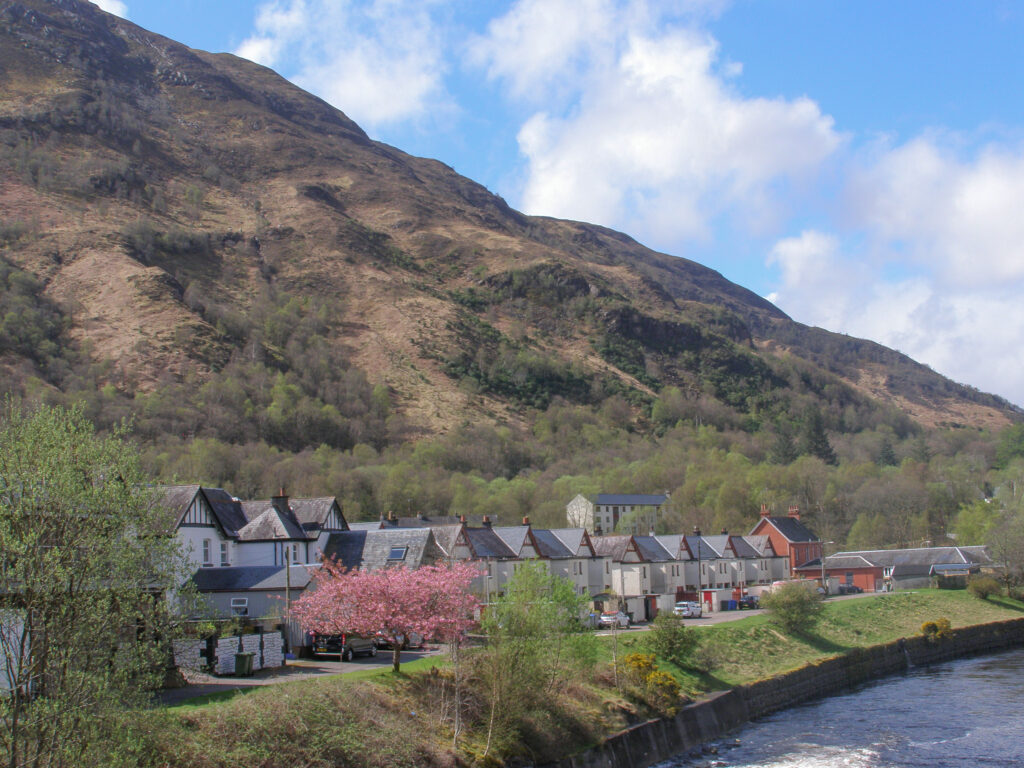 Kinlochleven has seen better days. Now called “the ugliest town on two thousand miles of Highland coast,” in the early 1900s, it was the home of an aluminum smelter, the largest in the world, and the village thrived under that. But by the end of the last century, that was no longer the case. The smelter closed, leaving the town shabby looking and utilitarian. The village lines along the main road at the bottom of a deep valley. Although in a gorgeous area, the town is in perpetual shadows.

The entire region of Lochaber, where Kinlochleven is located, is trying to reinvent itself as the “Outdoor Capital of the UK.” It is certainly in an ideal location for this. Tourism does seem to be the main industry, as there are numerous Bed and Breakfasts but only two restaurants and one extremely basic grocery store.

I arrived in Kinlochleven around 9:00 in the morning. My hotel was still serving breakfast and refused me admission. So here I was, wandering around town with a suitcase I could not drop off anywhere. My plan and hope had been to hike several hours of the trail today.

After dragging my case up and down every street in town, I discovered the Ice Factor! Housed in the former aluminum smelter, the Ice Factor is the world’s largest indoor climbing arena. There are walls and walls of both technical rock climbing and mixed ice climbing. The expansive gift shop and restaurant caters to any hiker, ice climber, skier, snowboarder, or anyone wanting outdoor equipment. They have it all. (Plus, an event center, as a wedding reception was taking place that evening in an upstairs room).

Incredibly nice people as well. They asked about my suitcase, and I gave them a brief account of my story. The manager charged out of his office, picked it up and sat it down by his desk. “It will wait right here for you, ma’am. Go hike the trail. We close at four though.”  I was free! Once again, the generosity of the Scottish people came to my rescue. 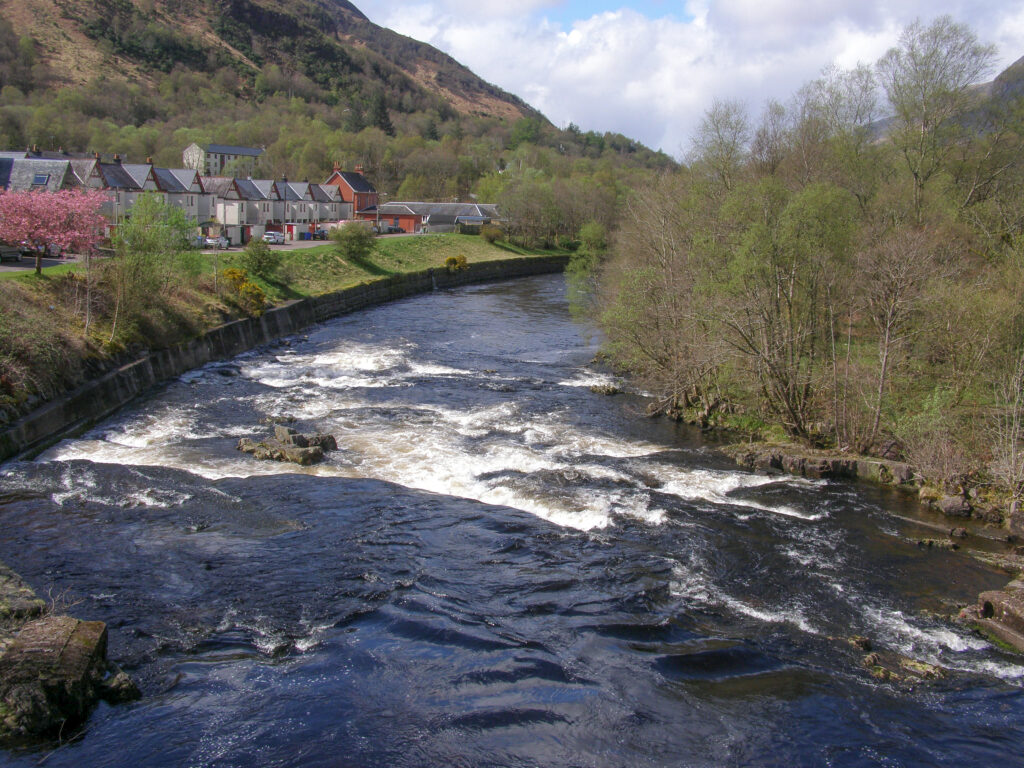 I took the long way to get to the trail, meaning I took the wandering path along a beautiful stream before joining the way. This would have been an eight-and-a-half-mile day had I been able to hike it as planned. This would have been the day I encountered the highest point on the West Highland Way, called the Devils Staircase. My plan now was to hike as far as the Devils Staircase, then turn around and come back.

It was a steep climb out of Kinlochleven. I walked an hour and a half, drinking in beautiful views. The trail was high and exposed with no place to shelter in harsh weather, but it was the wild, rugged West Highland Way I was hoping to find. The hike was through the backside of the Glencoe Peaks. It felt good to be out.

I ran into my friends from Yorkshire long before reaching the Devils Staircase and turned around with them. They stated emphatically the Devils Staircase was a seriously overrated climb. That the hike was easy, just a long, steady climb up but nothing dangerous, as the guidebooks state. It took about forty-five minutes to get back to Kinlochleven, where I collected my bag, checked into my room, and joined them for dinner. Happily, in the dining room, we met the German woman who had been so miserable at the Drovers Inn bus stop. Limping slightly, but she was still on the trail. 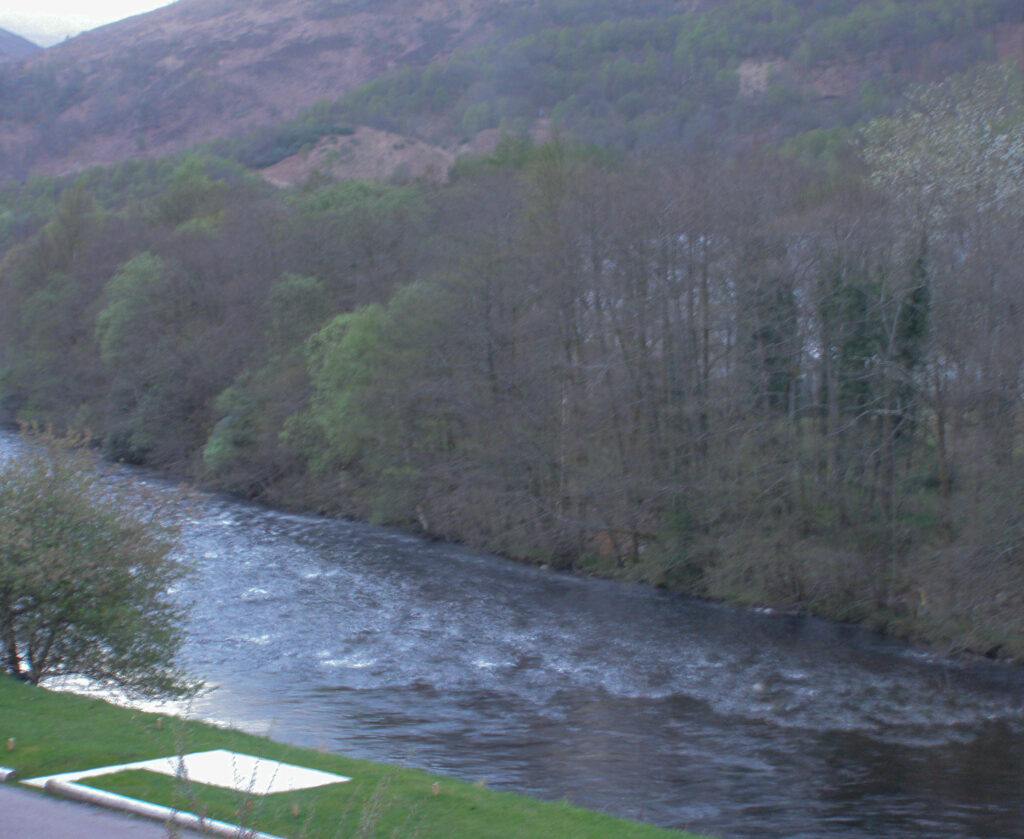 Stream from my Kinlochleven Hotel

The room was small, and basic but cozy and overlooking another spectacular view of water from the window. I could have wintered there staring at that stream.