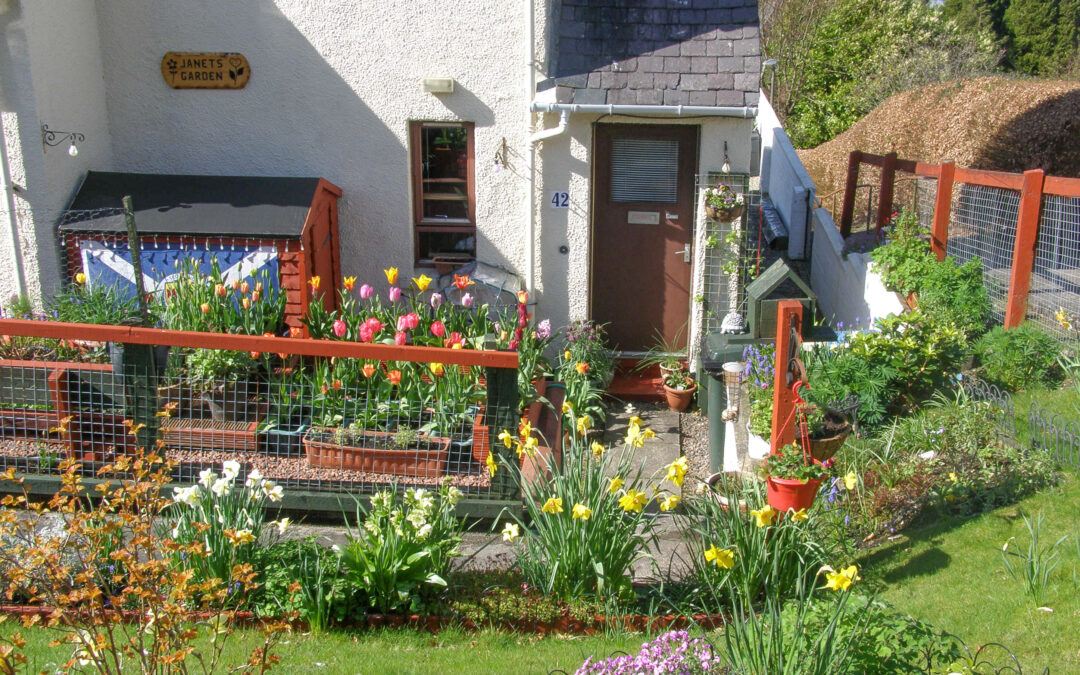 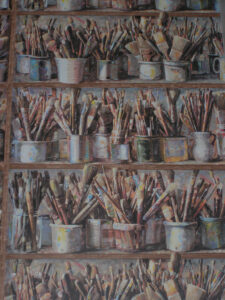 It was eerily foggy as I left my Ft. Williams Bed and Breakfast early in the morning, headed for the 7 a.m. train to Glasgow.

There were no mountains to be seen, sea neither, as both were encased with a whitish, shifting fog. No one was about in the residential areas; the wheels on my bag echoed off everything as we descended the street into milky soup.

The train left right on time, surprisingly empty. The strong Scottish coffee they offered was appreciated.

The fog stayed on the coast. Traveling only a few miles revealed sharp sunshine and cobalt skies. Ben Nevis, highest peak in the U.K., was towering in all its glory, dark green foliage at the base, pristine snow at the top. The train hugged the side of some beautiful loch (perhaps Linnhe) with a full base to tip reflection of Ben Nevis. Not a ripple in the loch for almost an hour. It was simply stunning.

A little after noon, I was back at the ABode for two nights, in my same darling room.

That afternoon, and the next day, was the time to explore Glasgow. This is a city with a wealth of history, glamor, grit, and an overpowering love from its residents.

The City Tour bus ride is recommended. Starting and ending near Queen Street Rail Station, this tour is an on-and-off at more than thirty stops/sites, where exploring, shopping, and learning the unique past and complicated future of this ancient town is fascinating. Treat yourself to a stroll along the river Clyde or delve into a museum dedicated to Glasgow’s tobacco-trading or shipbuilding past. Live theaters featuring some of Glasgow’s famous or soon-to-be-famous actors is a fun way to pass an afternoon.

Shoppers will enjoy time on Buchanan Street, a wide boulevard full of both eclectic and big-name stores. Restaurants abound. So do many very talented street musicians. Some of the best Southern sounds I have ever heard were right there on Buchanan! 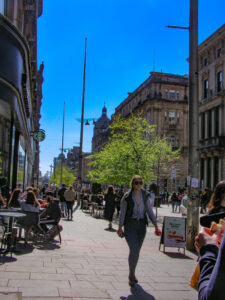 Scotland is a marvel. My trip encompassed about 100 miles, from Glasgow to Ft. William but had so much depth and breadth. I felt like I had seen ‘it all’, but of course, barely scratched the surface.

It is already time to return.