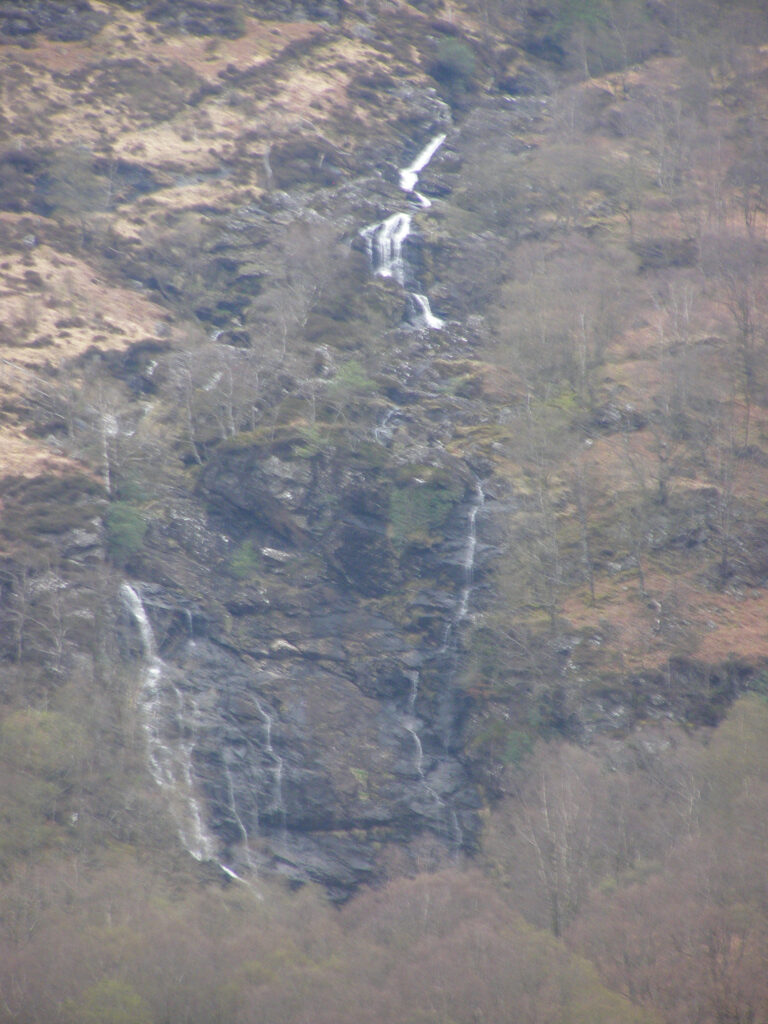 Happily, the crackling in my heels was less this morning and my feet had more flexibility. They fit comfortably in my running shoes. Things were looking up.

The company I booked with told me to take the number 44 bus from the Drovers Inn stop to Tyndrum, my home the next two nights. The ride to Tyndrum was about twenty-minutes. There were several buses throughout the day, the first at 8:45 a.m.

I knew my room there would not be ready, but I could dump my baggage and pack and exercise my getting-better feet on flat surfaces. Plus, Tyndrum is a place that caters to tourists, known for good restaurants and the place to stock up, especially at the Green Welly, a shopping emporium with a large section dedicated to hikers needs. So, I wanted the first bus.

As I dragged my gear across the street to the bus stop, I was incredibly surprised to see the German woman sitting on the guard rail there. She was so fit and a strong hiker. But she looked drained as she gave me a weak wave.

Her right knee was enormous under her hiking pants, and she constantly massaged it. It seemed to swell as we watched it.

She told me in her broken English that she had had a rough time on yesterday’s trail, had taken a fall, but thought she could continue today. She had only gotten a mile before her swollen knee forced her to turn back. She, too, was taking the bus to Tyndrum.

It was a beautiful morning; warm and sunny. It was nice to strip off the outer garments. Behind the bus stop was a lively stream. Across the road endless views into the hills. It was so peaceful and pleasant. 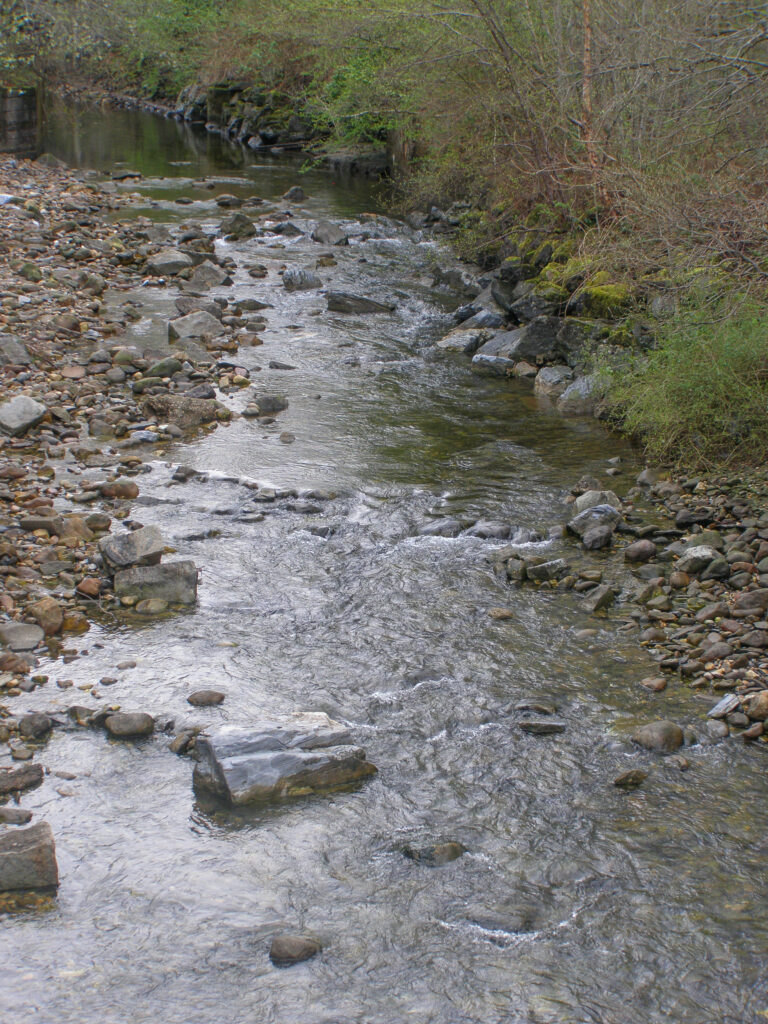 The 8:45 bus turned the corner, so we picked up our gear. However, the bus did not even slow down; just roared past us. We looked at each other in surprise and rechecked the schedule in front of us. Yes, it was the Number 44 bus at 8:45 that passed us by. The next one would not be until 11:45.

We waited. We talked. We heard about each other’s lives. We walked up and down the sidewalk. We massaged our poor sore limbs. We wondered what went wrong. The sun changed to overcast. The warmth turned to chill.

The time passed slowly. By 11:30, we had all our gear piled up near the stop. We were both so happy to see the 11:45 bus round the corner. And, in shock, it passed without slowing down at all. Now, we were both worried and mad. The German woman was in obvious pain and tearing up; I felt so bad for her.

I told her I would go back into the Drovers Inn and see what might have happened. She nodded, wiping away tears. The receptionist at the Drovers Inn was surprised to see me. I told her of our situation and that was the first time I learned the company I booked with did not give me complete information. The bus never stops for anyone unless you have pre-booked. Now, our next option would be the 4:00.

The German woman took this hard. She was suffering. The wind began picking up and it was getting colder and cloudier. Rain was coming. I told her we needed to go inside, and I would buy lunch. She agreed and said she would buy the bus tickets through her phone. If all the seats had sold, I would wave a 50-pound note around the room and have somebody drive us twenty minutes to Tyndrum. However, there were still two seats on the 4:00.

Lunch was soup of the day and tea. Hot, steamy, and served with thick slices of bread, just what we both needed. Even better, we got to put our feet up. We sat in the Drovers Inn, bored and tired, for four hours.

When it seemed time to catch the bus again, we hobbled back to the stop. By now the air was very sharp. We put on everything we could to break the wind. There was no shelter at the bus stop; we were out in the elements. And at 4:00, no bus arrived. My German companion could see on her phone that there was a road work delay. It would not be arriving until about 5:00. Her knee was so swollen she could not bend it. My feet were getting cold and less flexible.

By the time we finally got to Tyndrum, we were both beyond miserable. We hugged goodbye at the bus stop, and I had to backtrack about a half mile to my hotel, the Tyndrum Inn. Fortunately for her, the bus stopped right outside her lodging.

I ran into my friends from Yorkshire and Ireland at dinner. They all were ecstatic over how lovely the day’s walk had been, absolutely the best so far on the trail. I ate my burger in silence as they relived parts of the journey. We had nightcaps, said good night, and went to our respective places.

For me, this was a waste of a day.